M, b. 2 October 1846, d. 26 June 1912
Benjamin Carvasso Toler was born on 2 October 1846. He married Sarah Ann Norman, daughter of Dawson Norman and Sabrina (?), on 28 March 1869 at Craven County, North Carolina.1 Benjamin Carvasso Toler "At a sanctified meeting at Mr. B.C. Toler's last Saturday night, they had quite a warm time. There was a drunken brawl in which sticks, clubs, and pistols were used in a free manner. Nobody it seems was seriously hurt, but black eyes and bruised heads are at a discount. So much for sanctification and illicit whiskey." on 27 April 1901 at Zorah, Craven County, North Carolina.2 He died on 26 June 1912 at age 65. He was buried at High Bridge Cemetery, Caton, Craven County, North Carolina.

F, b. September 1848, d. 21 June 1903
Frances Anne Toler was born in September 1848 according to the 1900 Beaufort County (Oregon Precinct) Census. She married David R. Dunn, son of David D. Dunn and Sinia Rowe, on 6 February 1874 at Craven County, North Carolina.1 Frances Anne Toler died on 21 June 1903 at age 54 "Miss Fanny Dunn formerly of this place died at her home near Aurora on the 21st instant of typhoid fever. The remains were brought here Monday and interred in the family burial ground at Bethel Church. Her husband is dangerously sick with the same fever. She has four brothers and two sisters living at this place."2 She was buried on 22 June 1903 at High Bridge Cemetery, Caton, Craven County, North Carolina. 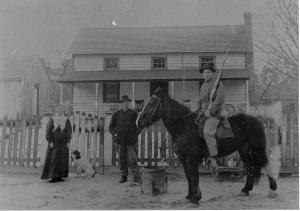 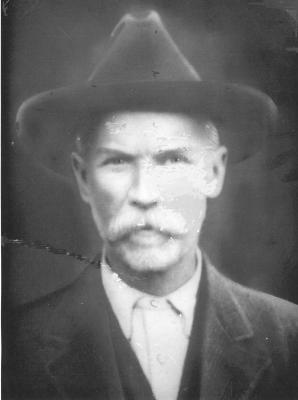 M, b. circa 1827
John Franklin Jones was born circa 1827. He married Matilda Jane Rowe, daughter of Absalom Tuten Rowe and Feriba Rowe, on 6 January 1853.

Stephen and Charles Toler were involved in a court case involving land. According to the New Bern Weekly Journal of April 2, 1885, "The cases of Charles Toler et als vs. Stephen Toler, being a suit for recovery of lands, and of W.D. Toler vs. Stephen Toler for trespass on lands, were decided by arbitrators at the office of Green & Stevenson on Tuesday to the satisfaction of all concern[ed]. The arbitrators were S.W. Latham, chairman, V.A. Thomas, James F. Heath, and James B. O'Neal. An umpire was selected but his services were not needed. Hon. C.C. Clark appeared for the plaintiff, Moore & Clarke and Green & Stevenson for the defendant. The plaintiff recovered in the trespass suit and defendant in the suit for the recovery of lands. Thus a tedious and complicated lawsuit was ended."
On 6 August 1892 at Craven County Courthouse, New Bern, Craven County, North Carolina, Stephen Toler served on "A committee of seven on Platform and Resolutions" for the People's (Populist) Party of Craven County. Other members of the committee included John A. Jackson, J.W. Kennedy, George D. Conner, J.L. Taylor, J.H. Wetherington, and C.L. Wetherington. The committee drafted the following report which was adopted by the County Convention:
"The People's Party of Craven County in this thier first convention, invoking upon their actions the blessings of Almighty God, puts forth in the name of the people of this county, the following preamble and resolution of principles:
The conditions which now surround us justify our co-operation as we have received no help in the past and have no hope of receiving any in the future from the two old parties. They seem to have agreed together to ignore the needs of the laboring class of people.
Believing that the forces of reform, now organized, will never cease to move forward until every wrong is righted and equal rights and equal privileges established for all the men and women of this country. Therefore be it
Resolved, That we, the People's Party of Craven County adopt the platform as adopted at the Convention held at Omaha, Neb., July 4, 1892.
Be it further Resolved, That the revenue, derived from a graduated income tax, should be applied to the reduction of the burden of taxation now levied upon the domestic industries of this county."3 He died on 16 December 1902 at age 74.
His obituary read "Death at Zorah. Tuesday night, after several months sickness, Stephen Toler died at his home at Zorah, in this county [Craven], aged 76 years. Mr. Toler was well esteemed neighbor, and had been a farmer all his life. He leaves a wife, five sons and five daughters." on 19 December 1902 at Craven County, North Carolina.4 He was buried at Stephen Toler Family Cemetery, Caton, Craven County, North Carolina. 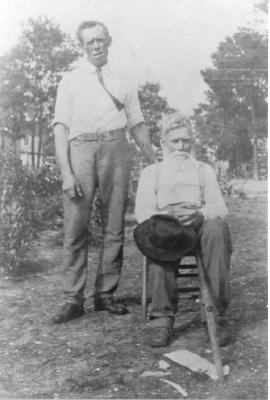