M, b. circa 1782, d. circa May 1871
James Toler was born circa 1782.
He acted as surity for the marriage bond of Levi Gaskins and Polly Warren on 10 April 1806 at Craven County, North Carolina.
James Toler received land from Levi and Polly GASKINS on 23 May 1808 at Craven County, North Carolina, for $100 for 100 acres on Pine Tree Branch. The conveyance included the land whereon Hugh Rigby lived and conveyed from Rigby to Abraham Warren. Abraham Warren later re-patented the land in 1799. The deed was not recorded until December 1817.2 He and Rebecca Springle obtained a marriage bond on 13 November 1810 at Craven County, North Carolina.3 At the June 1818 term of the Craven County Court of Pleas and Quarter Session, administration of the estate of Caleb Toler is granted to James Toler on his entering into bond in 250 pounds with David Whitford and Elijah Callaway his securities. At the same term, James Toler entered into bond and qualified as administrator with permission to sell the perishable estate of Caleb.

James Toler served as executor of the will of Fountain Stilley dated 15 May 1820, but not presented for probate until Feb 1826..4

James Toler testified in 1822 in the North Carolina Supreme Court case Reel v. Reel (8 NC 249, 1821 and 9 NC 63, 1822) the following: "James Reel was always a man who followed drinking but for some few years before his death kept it shady. He started for a journey and said he was going to the western country, but when he returned he said he had been to Wayne County. He heard Reel say his property should go to strengthen or support a Navy. Reel lived in friendship with his relations and they were good to him. Reel lived a few miles from Newbern on the opposite side of the River. [Reel] inherited from his father the mill seat and bought from Jesse Toler the land adjoining it. [Reel] was an excessice pinurious man, did not indulge himself with a bed but slept in a hollow gum till some short time before his death when he went into his new house." The only Toler to sell land to James Reel was Caleb Toler, not Jesse. Is this a clerk's transcription error, or was Caleb called Jesse?

James Toler received a grant of land at Craven County, North Carolina, on 13 May 1844. The grant (warrant number 313) for 100 acres was at the head of Pine Tree Branch on the west side of Bear Trap Ridge.9

James Toler and Charles Toler were selected as delegates from the Little Swift Creek District to attend the Craven County Whig convention "for the selection of a suitable candidate to represent the [Congressional] District in the next Congress" on 25 April 1849 at New Bern, Craven County, North Carolina.10
James Toler was appointed a delegate in New Bern, Craven County, North Carolina, on 13 December 1859, to attend the State Convention of the "Opposition Party". The "Opposition Meeting in Craven" was composed of "a large and enthusiastic meeting of old-line Whigs and Conservatives" of the County who wanted "New States...admitted into the Union without regard to whether they admit or reject slavery." They felt the people of the states should decide for themselves whether they wanted to be Free states or Slave states.11 He died circa May 1871 at Craven County, North Carolina. The New Bern Daily Times reported on 28 May 1871 that "the last will and testament of Mr. James Toler, Sr. was admitted to Probate on Friday."12 (an unknown value.)

Charles and Stephen Toler were involved in a court case involving land. According to the New Bern Weekly Journal of April 2, 1885, "The cases of Charles Toler et als vs. Stephen Toler, being a suit for recovery of lands, and of W.D. Toler vs. Stephen Toler for trespass on lands, were decided by arbitrators at the office of Green & Stevenson on Tuesday to the satisfaction of all concern[ed]. The arbitrators were S.W. Latham, chairman, V.A. Thomas, James F. Heath, and James B. O'Neal. An umpire was selected but his services were not needed. Hon. C.C. Clark appeared for the plaintiff, Moore & Clarke and Green & Stevenson for the defendant. The plaintiff recovered in the trespass suit and defendant in the suit for the recovery of lands. Thus a tedious and complicated lawsuit was ended."
The New Bern Weekly Journal reported on 8 Jan 1885 that "Mr. Charles Toler of this county was at the Old Dominion wharf on Monday (5 Jan) with two barrels of Scuppernong wine, which he ships to his son in Montgomery, Alabama."
Charles Toler died on 26 July 1887 at Craven County, North Carolina, at age 72 "Died...of inflamation of the bowels, at his home on the north side of Neuse River, Craven county, Charles Toler.
He leaves a wife and six children, one of whom resides in Miss[issippi]. He seemed to be conscious almost up to the very moment he died. A good man had died--a worthy Christian has gone home. Mr. Toler lived to see all of his children grown and married, and to reach the ripe old age of seventy-two years the 10th of this month [July]. He was a true neighbor, an affectionate husband. He had been a consistent member of the Methodist Church for a great many years. We mourn the heavy loss, but our loss is his gain. He has left this world of misery, trouble and affliction, and is now enjoying the sunny clime of everlasting bliss."9 He (an unknown value.)

M, b. circa 1820, d. between 1874 and 1880
Amariah Toler was born circa 1820. He was employed as a county constable in February 1847 at Craven County, North Carolina. He married Elizabeth Lewis, daughter of Joseph Lewis and Telitha Tommason, circa 1852.1 Amariah Toler served on a coroner's jury summoned to "Set on the Body of Michael Arthur" who died on 21 February 1873 "from gun shot by his own hands While out of his mind." Other jurors included Stephen E. Whitford, Shadrick R. Dunn, Lewis B. Caton, James M. Jones, Henry B. Wetherington, William J. Stilley, John T. Wayne, W.H. Dunn, David D. Dunn, David Adams, and Charles Ipock. on 21 February 1873 at near Little Swift Creek, Craven County, North Carolina.2 He died between 1874 and 1880. 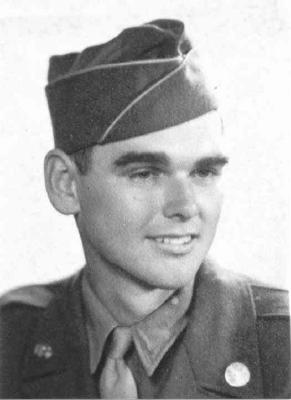